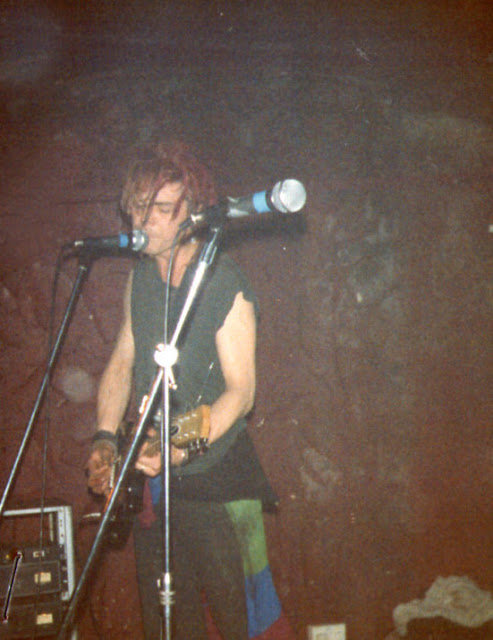 The Mob began around the beginning of 1978 around Yeovil in Somerset, England. Their first line-up was Mark(main songwriter) on guitar and lead vocals, Curtis on bass and backing vocals and Graham on drums. Before The Mob they were called Magnum Force. They started out by playing local halls and stayed as a local band at first. 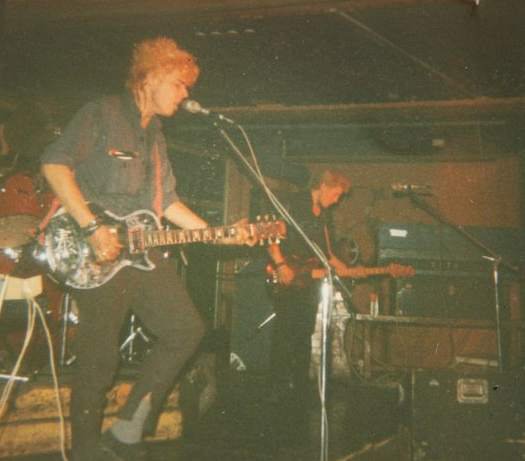 The mob were plagued by violence in the early days, and played at the 1978 Stonehenge Festival. In 1979, The Mob toured with Here and Now and got the chance to play outside of their area. They once again played the summer solstice Stonehenge festival. 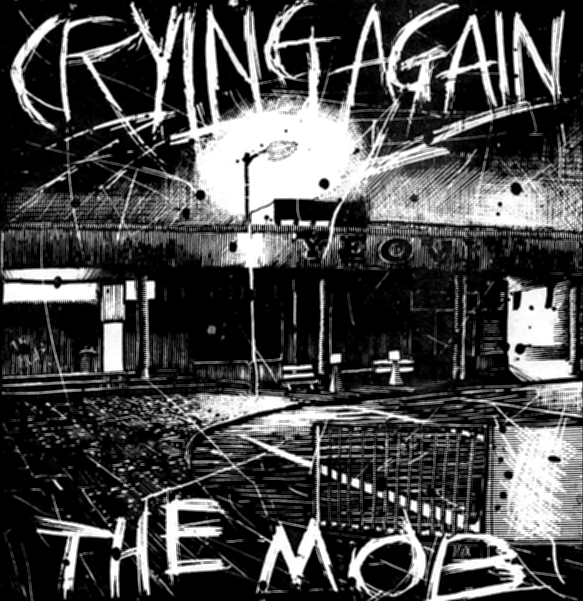 Their first single Crying Again 7" was recorded at Crypt Studios in Stonehenge during the Winter of 1979, by the same soundman for Here and Now, and studio engineer Grant Showbiz. It was put out on The Mob's own label All the Madmen. Max helped out with money to help to put the single out in the beginning of 1980. It was sold through the All The Madmen fanzine, at gigs and at Acorn Records. 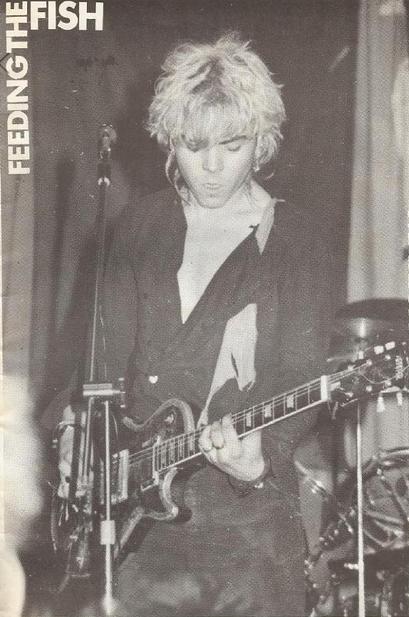 During this time, several people with similar ideas started bands and organised gigs with The Mob. One person was Geoff, whom had the original fanzine for All the Matmen based at his house. Since the fanzine began to die down a bit, the name was carried over for the label. Debbie, (formed My Bloody Valentine in the 80s) Christine(from the Bikini Mutants) and Wilf were friends whom contributed artwork to all The Mob's albums,output, etc. The Androids of Mu also became close to The Mob. 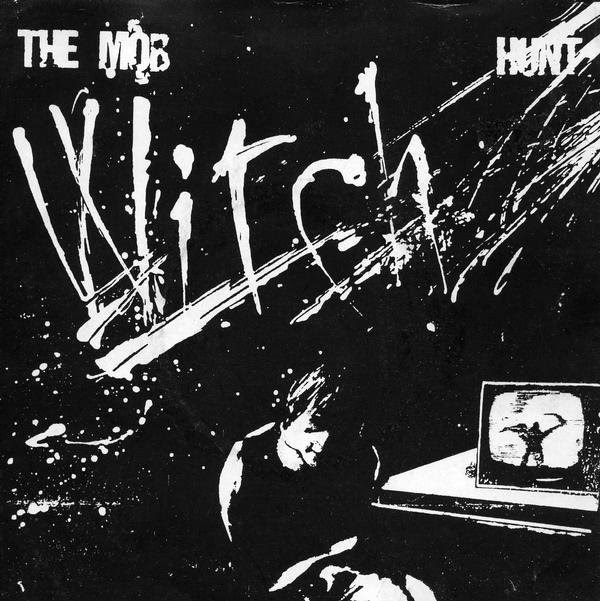 During the summer of 1980, the Witch Hunt single was recorded at Spaceward in Cambridge. It's spread was far more than the first, reaching John Peel and Crass. Many people were introduced to The Mob through this single. The intro scream used to be used as an ansa-phone message for Geoff's phone at his house. 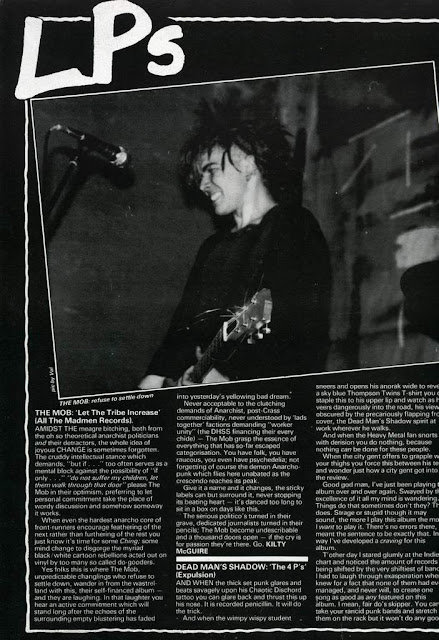 Several more gigs followed, then a 'free' tour that Here and now had been promiting called 'Weird Tales' featuring The Mob, The Astronauts, Zounds, Androids of Mu plus many local bands that happened to show up. The band played at the Stonehenge free festival in 1980, but a couple of biker gangs that disliked punk turned it into a brawl. The Snipers had played first, then The Mob, but when the Epileptics(later known as Flux of Pink Indians) began playing, the fights broke out. Zounds, Poison Girls and Crass were on the bill too, but were unable to play due to the violence. In late 1980, Mark and Curtis moved upwards into London, but Graham decided to stay in Yeovil so they went to find a new drummer. Adie(Null and Void) tried out, some guy named Tim did too, but Josef Porter(Zounds, Entire Cosmos) became the new drummer. 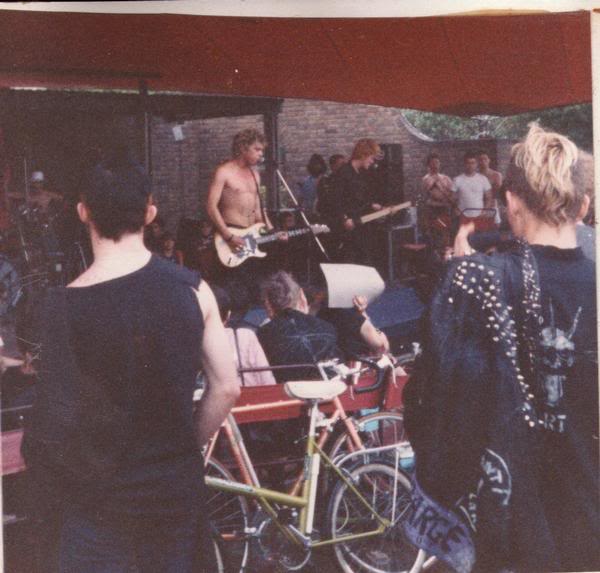 They quickly rehearsed and recorded the Ching cassette. It was recorded in Josef's bedroom and was sold at gigs and to people who wrote to the band. Soon after, they caught the attention of Penny Rimbaud, who was the drummer and writer for Crass. He brought them in and let them release a single on Crass Records. 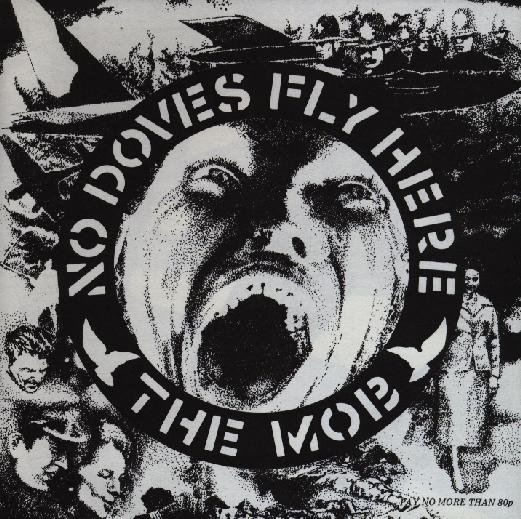 In 1981, the No Doves fly here 7" was recorded. Penny put in his own synth parts to the song, which upset the band at first, but they ended up accepting it. It stood in the top 5 in the independent charts for weeks. 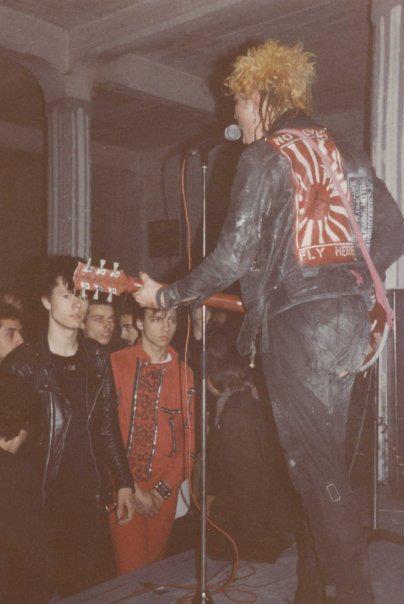 In 1982, they played at the infamous Zig Zag squat gig in December alongside other bands such as Omega Tribe, Faction, Dirt, Null and Void, Lack of Knowledge, The Apostles, Conflict, Poison Girls, The Epsilons(D & V), Youth in Asia and Crass. In late 1982, The Mob recorded a couple of tracks at Spaceward with financial help from Alistair and Mick Lugworm. It was released early the following year on All the Madmen. 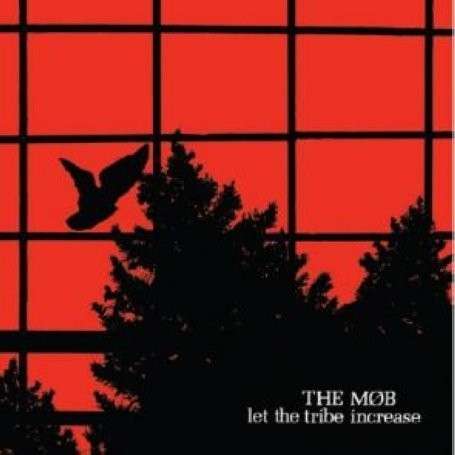 It was called 'Let the Tribe Increase'. The band refused to sign to labels, and dedicated this to the 'scene' that the band had been lumped into against their wishes. It came with artwork(burrowed from Alternative T.V.'s second album) and a big poster. The original artwork the band had in mind was too expensive so they went for a cheaper two colour one instead. It hit the top 3 in the independent charts with the aid of fanzine writers(Kill your Pet Puppy) and music weeklies pushing the album out. The Mob played several gigs to promote it. 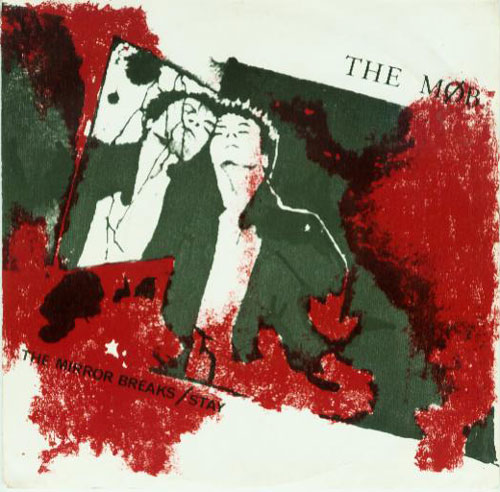 The last Mob release was the Mirror Breaks 7" recorded once again at Spaceard and relased in the summer of 1983. The single sold really well, and after a European tour in the winter of 1983, Mark disappeared to roam the countryside. He packed his teepee in his truck and went off. At their last show, he had thrown his guitar into the audience, never seeing it again(he always had the same guitar. This was not the reason why the band split) 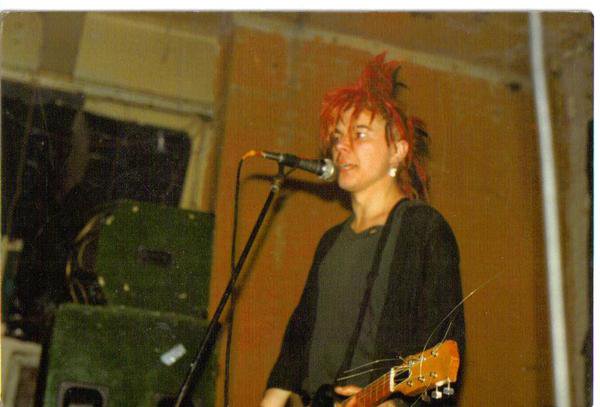 He later settled down near Bath with his family. It was ironic that the band split up when it was at its highest. On the other hand, Josef grew tired of "singing about children dying" and moved on with Curtis to form Blyth Power. 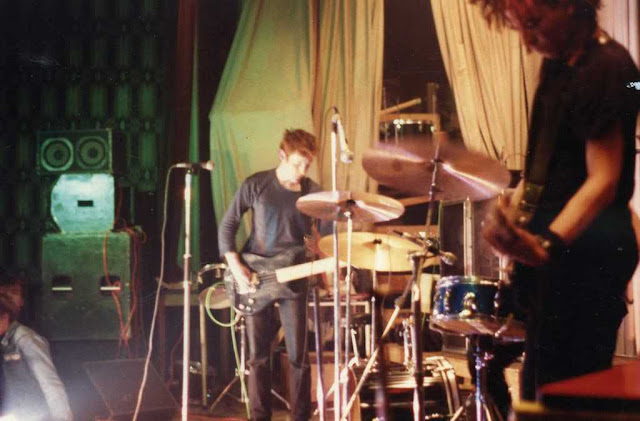 All the Madmen went on under Alistair following Marks disappearance in 1984. It helped release material by the Astronauts, Flowers in the Dustbin and Zos Kia that same year. In 1986, Rob from Faction took it over and relseased more stuff in the label until 1988. Anarka and Poppy were supposed to have a 3 track single released, but it never happened and the one copy of the tape disappeared. 
Left in the cafe, he sits all alone
This person with hopes that are so like my own
And nobody tells him as he's sitting there
He's dead long ago and nobody noticed

But I see a strange look on that face that's uncleaned
Its white bloodless color, now dull, once gleamed
And I know where I've seen that expression before
He's stood in the place where my feet touch the ground

The clock strikes 6 as I drink the last drop of the tea that's been sitting for hours in my cup
I think where to go now, the town has gone dead
And I realize I'm living this death

Idle plans for the idol rich
Knitting the economy, not dropping a stitch
Destroying anything that doesn't quite fit
Waiting for the witch hunt


The sky is empty and it's turning different shades of colour,
It never did before and we never asked for war.

...My mind is empty and my body different shapes of torture,
It never was before and we never asked for war.

The buildings are empty and the countryside is wasteland,
It never was before and we never asked for war.

The playgrounds are empty and the children limbless corpses,
They never were before and they never asked for war.

Living here at the gates of hell
My body is a bombed out shell
Devoid of feeling, devoid of life
The only flame is a flicker in my eyes

Living here at the depths of pain
the sun is blacked out by the rain
that keeps on falling, as the blood keeps flowing
Lights at the end of the tunnel

Living here where﻿ the sun hits the streets
Peace flags flying in the breeze
of illusion, a mirage in the desert
Lights at the end of the tunnel


We walk in fear and trepidation
Count the rows of dead
While the muderer plays his trumpets for the ones he has led.
But theres nothing much that can be done
For we're few while you're still strong
And the big boys laugh to see such fun
And the little girl cries, cos she knows what's wrong

And when the sun goes down
And leaves me with the night
Where I suffer with the ghosts
And still more fright
The mirror breaks I stand alone, alone
And I light another cigarette and drown
And the big boys laugh to see such fun
And the little girl cries, cos she knows what's wrong 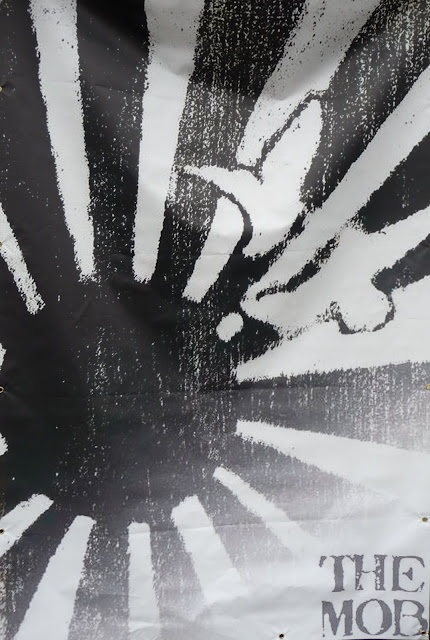 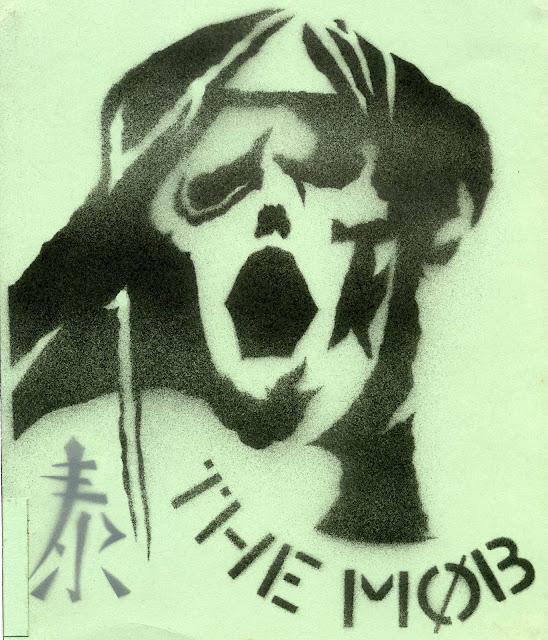 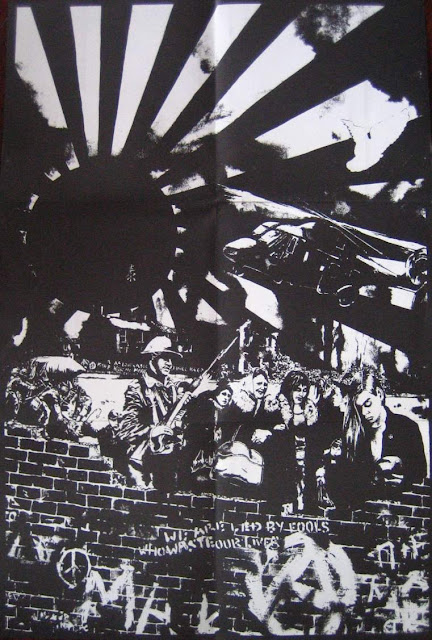 Posted by Listen and Understand at 12:54 PM