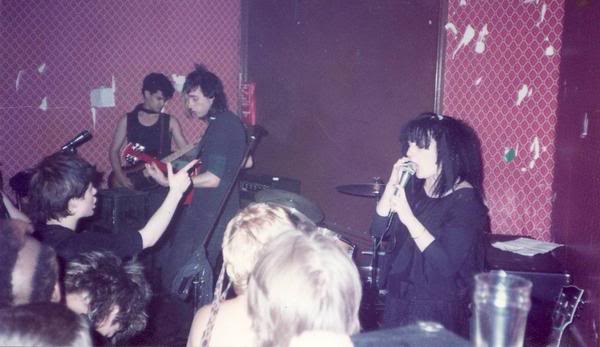 Blood & Roses have been pigeonholed into the goth punk genre as one of that labels greatest projects, yet the band didn't even know what the goth label was until after the band had split. The band is known for rejecting that tag, and only dressed and sounded as they wanted to and not to fit any other genre model. Their guitarist Bob began in another band beforehand called the Urban Guerrillas. Like most punks who were beginning around the late seventies and early eighties, members from the band often found themselves as victims of violence from those who were prejudice against individuals who were different. So much of the violence was caused by skinheads. 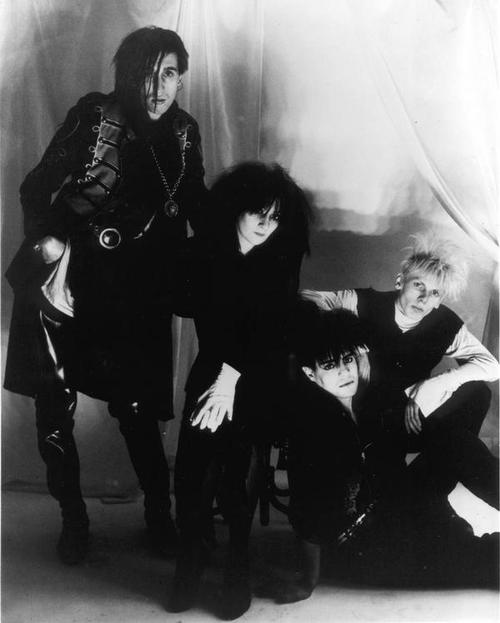 Due to living separate from the normality of society, and just like many of the bands mentioned before, Blood & Roses were often met with living in harsh conditions, the feelings of isolation and sadness, and even getting tired of each other, even though they were all the real company they had. Just as other bands such as The Rondos had pointed out, they became frustrated with Crass's pacifism, due to the fact that skinheads would often plan out, target, and attack them at Crass gigs. Due to Crass's pacifism, they would not respond(unless the situation got really out of proportion) and would continue playing while their followers took the beatings. 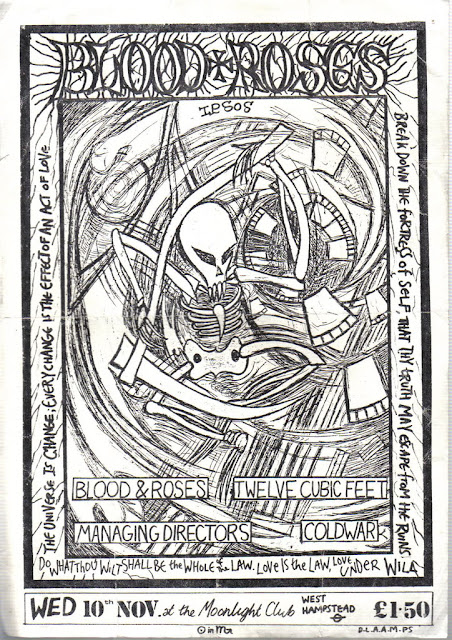 The band began life with guitarist Bob, bassist Ruth 'Ruthless' Tyndall, vocalist Lisa Kirby and drummer Richard Morgan. In the beginning, the band considered themselves as one of the worst bands around. After struggling to find enough money for their first demo, they finally managed to afford it, record and release it, yet they saw it as a disgrace and an embarrassment(their only copy of it was eventually stolen from them). In 1981, they played their first gig at a bar in Bethnal Green, yet they did not have a name at the time; only a symbol. According to the band, no one could really hear each other clear enough, which led to the gig being played poorly. 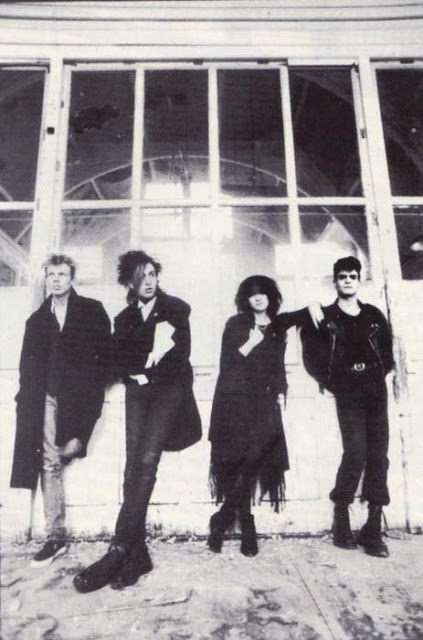 After become disillusioned, Ruth left the band, leading to a short wave of new bassists. First was one of Richard's "drug buddies" named "Clapham". Afterwards, they played a gig in Stoke Newinton's Clissold Park under the name "A,B,C,D,E,F,G", and replaced Clapham with Jez James shortly after. Then, during the beginning of January in 1982, the band came up with the name Blood & Roses and played their first gig under that name at the Anarchy Centre. 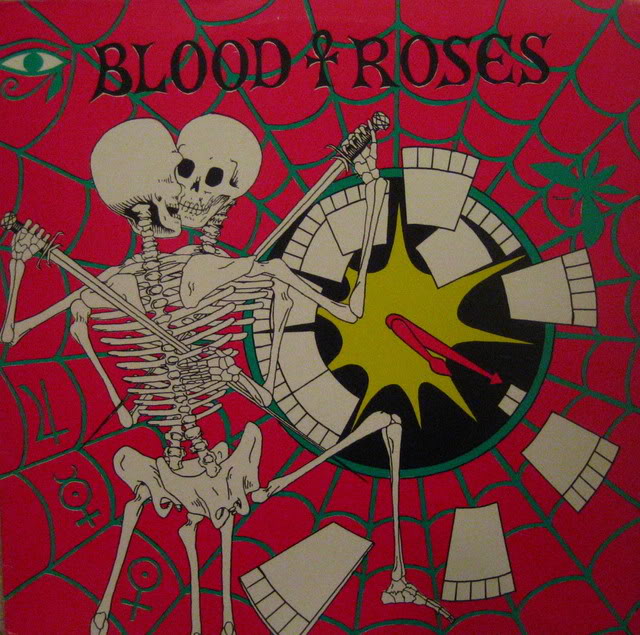 Soon enough, this version of the band began recording and releasing some of their best material. The first was a John Peel Session which was recorded around the end of 1982. Next, during that same year, Blood & Roses recorded their "Love Under Will" EP, and released it during February of the next year. Many people remember the impact they got from the introduction track titled "Necromantra". 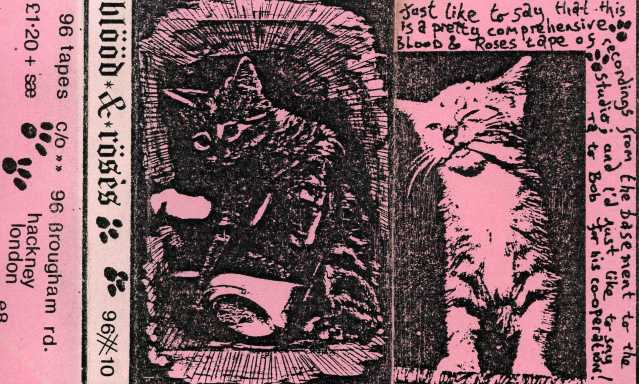 In 1983, They released a compilation tape consisting of live and demo tracks titled "Life After Death". The label which it released was Rob's 96 Tapes label. Their track 'ShM YHShVH' was also taken and featured in a Kamera compilation called 'The Whip'. After releasing "Love Under Will", the band was invited to appear in the 'South of Watford' punk documentary. After receiving more attention then they could handle, the band decided to split. 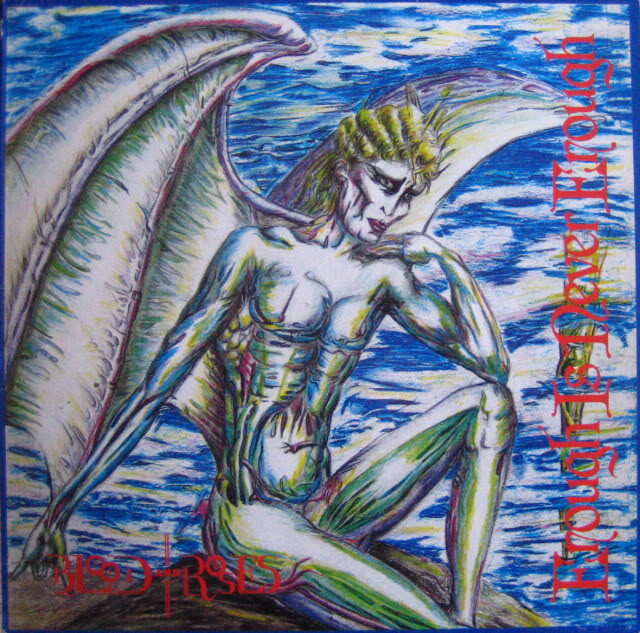 Fortunately, the band decided to regroup with Ralph Jezzard on bass, and in 1985, they organized with Backs Records to release two more records. The first was their "Enough Is Never Enough" album, and their second record on that label being the '(Some) Like It Hot' EP. Ironically, at the height of the band's life, they decided to split for good after failing to record a new album at an underfunded studio, and seeing as though Lisa had become pregnant which brought their ability to play live to a halt. Right before the split, they were to play on an American tour with the Only Ones, and by that time they had earned a huge following. 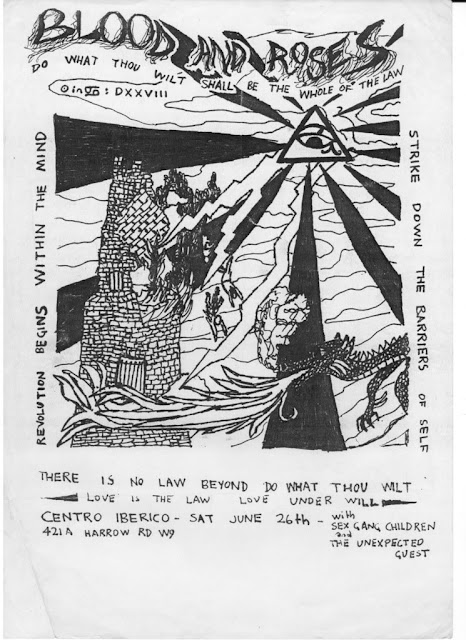 Bob eventually went on to play in several bands such as Junkyard Blues whom played with the Subhumans at some point. He ultimately became a low-budget film producer and musical director at Horizon Theatre in Australia. Years after the split, Bob recalled a gig that they happened to play at the end of a show at the Centro Iberico, simply because everyone from the band happened to be there. He remembers that they only played three songs, yet the audience roared in between them with such prolonged applause, that it was louder than the band themselves. 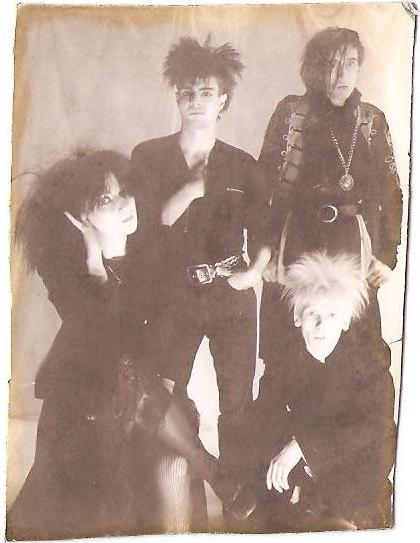 "Necromantra"
Dogs of war fill my unkempt ash trays,
sentinals of my mundane Mondays.
Zombified of the voodoo kind.
Love and death now intertwine.
Bloody death in a bloody game.
Paper tigers never tamed.
General state of a general’s mind.
Mona Lisa’s for the blind.
Burning corpses on the snow,
as above, so below.
Forgive you lord for you have sinned
and heaven’s full like garbage tins.

God have mercy on your soul,
feted slime on streets of gold.
See through eyes that are not your own.
angels open hell has shown.
God shed life upon the land,
and watched it blow away with the sand.
Fire is holy fire is clean,
ashes shatter they’re obscene.

Necromantra.
Downloads(there is retrospective CD out now for those who are interested:

Love Under Will 1982 Kamera Records
Life After Death 1983 96 Tapes
Enough is Enough1985 Audiodrome Records
Live with Blyth Power at the Ambulance Station, London, 06/04/85
Posted by Listen and Understand at 6:04 PM