"While you slash our hospitals and our schools, you buy more of these obscene weapons. You take us all to be mindless fools taken in with your lies and rules."


Scottish anarcho punk band Political Asylum formed early in 1982 as Distraught. After deciding on the line-up of Ramsey Kanaan on vocals and bass, Chris Low on drums, and Stephen "Cheesy" Brown on guitar, they changed their name to Political Asylum.

Despite the differences in their musical tastes they were able to write music together and organize DIY gigs. These benefit gigs would be used to contribute aid towards several revolutionary causes. 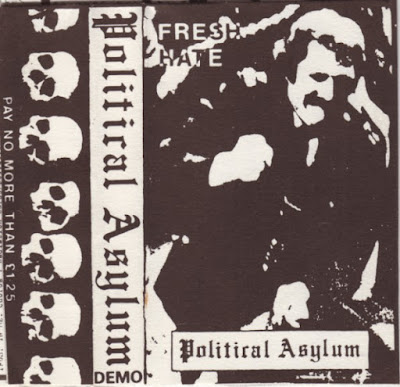 In 1983 Political Asylum released their first album on cassette titled "Fresh Hate." Following the release of the cassette, Kanaan decided to focus only on vocals. This led to Norman Thomson joining in on bass. The next year Chris Low left the band to join Oi Polloi and The Apostles. As a result, Tam Francis joined on drums and the band prepared for their next release. 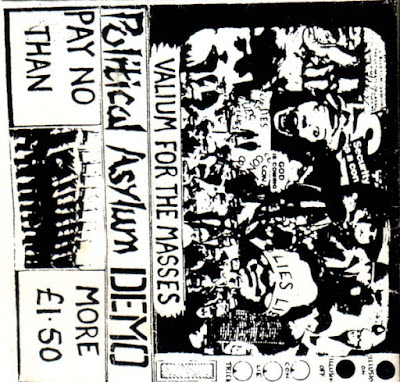 "Valium For The Masses" was released next in 1984. As the band continued to grow and prosper, they began to perform farther away such as for support with Conflict and Subhumans. 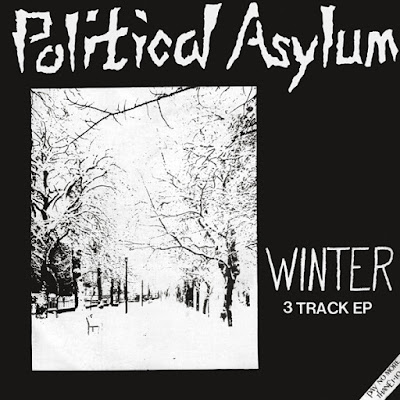 After joining the Children Of The Revolution label, Political Asylum were able to release their first record in 1985: The "Winter" EP. It was recorded with the addition of Pete Barnett on rhythm guitar. However, by the end of 1985 Barnett and Frances left the band due to personal issues. 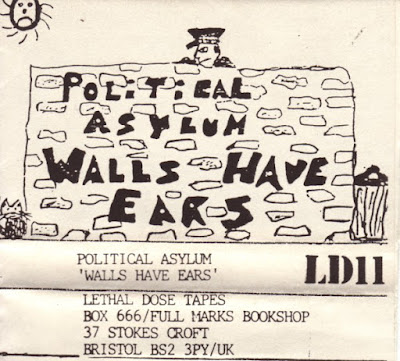 With the addition of Keith Burns on drums, Political Asylum were able to release their next cassette: "Walls have Ears." In early 1986, Thompson left the band and was replaced on bass by Ewan Hunt. 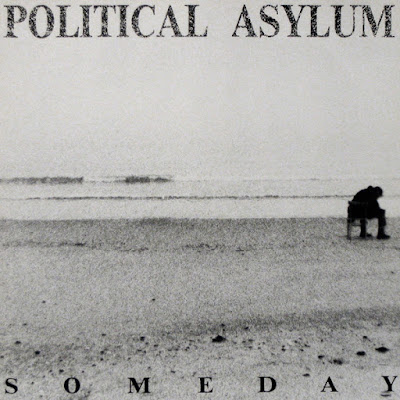 Despite the loss the band continued on and recruiting Stevie Dewar on guitar from the band Sad Society. This lineup would go on to perform long tours and play alongside others such as Danbert Nobacon from Chumbawamba and Thatcher on Acid. 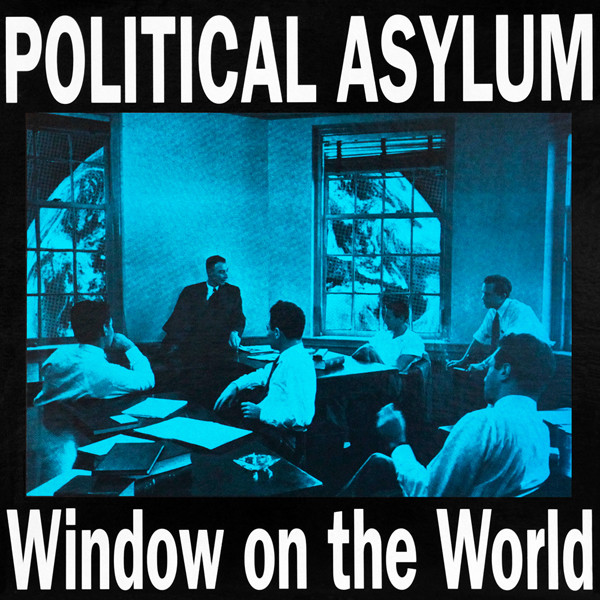 Due to the money raised from the tour, Political Asylum were able to release "Window on the World" in 1990. The album included live and studio tracks presenting a powerfully melodic and political message. Afterwards, the band found it increasingly difficult to go on and despite splitting up and coming back for a short revival, Political Asylum was over by 1993. In 2017, the band reformed to play one more time.

Well I see it coming over the hill Everything is silent, death is still Praying to their god, hands in the air But he’s not listening, he doesn’t care.

While you slash our hospitals and our schools You buy more of these obscene weapons You take us all to be mindless fools Taken in with your lies and rules.

You think you’ll control us with the Russian threat Buy the bombs, it’s a better bet Until the Russians, they realize You’re threatening them and then you’ll die.

"Winter Of Our Discontent"

The fields have turned grey and the trees have lost their leaves There’s no one to be seen, only crosses and wreaths Row upon row of graves lying there They died for their country but it doesn’t seem to care.

As the harsh wind whips up and the rain turns to snow The priest said they died for God but how were they to know That when they joined up, their heads held high That in the end they were all going to die.

I’ll no longer fight, for them their wars I’m sick of it now, I don’t want it no more If they want to maim, let them get on with it But leave me out of their self-made shit.

"Down Amongst The Olive Groves"

This desert rose has deadly thorns The blossoming nation built upon conquest and creed Four million Palestinians scattered in its wake An encamped nation of refugees just learning how to hate.

Down amongst the olive groves there is no promised land Zion bends to the wargod’s will and blood still stains the sand.

Attack’s the best form of defense So the strong would have us believe when they make war on the weak The Star of David pierced the heart of Lebanon Innocents lost in the battlefield have no place to run.

Who fuels the flames of Israel The true bastions of democracy.

"Wish She Were Here"

Just got back from across the sea Met someone there, she meant so much to me She’s gone but I’m holding on to a thousand memories.

Got a letter from her today Held my breath, afraid of what she’d say It’s ok, she missed me too, what more can she say.

I can’t help thinking it’s all so unfair Why did I have to find her there We hardly got started, our time slipped away Now I live in hope there’ll be another day.

I can’t help thinking it’s all so unfair Why did I have to find her there We hardly got started, our time disappeared Now I live in hope and wish that she were here.

Gently the wind blows Spreading the sand along the shore Up on the cliff Above our head.

The ruined castle stares out to sea Its empty eyes searching for a long lost enemy.

Our peacetime generation Could forget what they were for Horned winged warriors don’t come here anymore.

A day at the beach makes it all seem so unreal You could forget now the castles made of steel Yet progress marches on and old is swapped for new.

And Star Wars is standing over you.

Living in a nightmare Only place I have to stay For want of peace and not for war It’s the price I have to pay.

People spitting in the streets Everybody jeers at me Abusive names and hateful stares I have no hope of charity.

Taunting voices haunt me still Seething images in my sleep Violence dominates their minds Thoughts of evil that they keep.

Reveling in their glory Proud of all the blood they’ve spilt Triumphant standing with their medals Given for the men they’ve killed.

"Window On The World"

Should I open up my window on the world I’d like the sun to come shining in But I’m frightened of the cold.

Is this my window? Can this be my only window on the world?

I’ve spent too long looking Inwards with the curtains closed While the daily dirt and grime Have dulled the glass behind.

Is this my window? Can this be my only window on the world?

Well if I threw the curtains wide Confusion and uncertainty Would be staring straight back at me Illusion or reality?

Is this my window? Can this be my only window on the world? On the world.