Local teenager band Metro Youth began In 1979 with Andy Southard - drums, Nigel Stopard - vocals, Tim Lyddon - guitar, and Rich Cross - bass/vocals from Exeter's Hele's School (the name came from the idea of getting a band logo based on symbols from underground train networks in London). Before Metro Youth, Nigel and Rich were in a band called XlR8. Once in Metro Youth, they practiced at the Exeter Friends' Meeting House on Friday nights(once the place was empty)after they left their original practice spot due to neighbor complaints. They played their first gig at the Methodist Church Hall in St Thomas, Exeter, August, 1979. They were committed to Youth C.N.D. and the ideals of anarcho-pacifism. 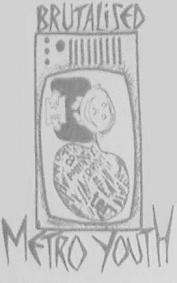 Metro Youth also began a fanzine called 'Catalyst'. After seeing them support The Bodysnatchers at Exeter's St. George's Hall in October 1980(a place Rich would book Crass to play in the future) Heather 'Heff' Dead joined the band as saxophonist and additional vocalist. When she joined, she had already started a relationship with Rich. Sometime around the beginning of 1981, Metro Youth recorded several songs at their practice place at Catharsis Studios onto a basic four-track reel-ro-reel recorder. 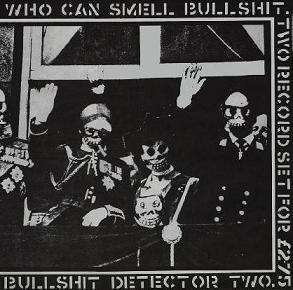 It was called 'Brutalised' and a copy was sent to Crass which led to the song 'Brutalised' appearing in Bullshit Detector 2. After the recording, the band recruited second guitarist, Brian Abbott from Airport Delay. Sadly, Metro Youth split soon after playing 2 gigs supporting Tenpole Tudor at Portsmouth, and at St. George's Hall.The band several shows among the D.I.Y. exeter scene, but began to become inactive due to three of the members becoming more and more busy with their studies at Universities. After a long pause, Rich decided to restart the band as Sanction during the end of 1982.
﻿﻿
﻿﻿