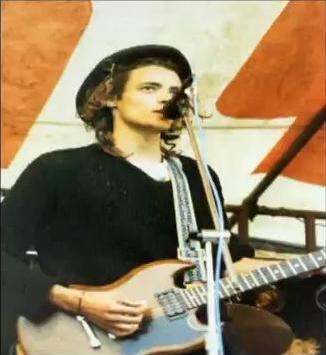 Thatcher on Acid was born in Somerset sometime during 1983, and sounded similar to The Mob, Omega Tribe, Blyth Power and Chumbawamba. For the most part, the band formed so they could see what kind of reaction they could get from their band name, and to ruin gigs by playing as long as they could before getting kicked off stage. The first line-up for Thatcher On Acid was Ben Corrigan on guitar and vocals and Martin Hosken on drums, and they were later joined by Simon 'Spike' Hughes on bass to play a show at Wincanton racecourse. Spike left right after and was replaced by Matt Cornish. Their early influences included lots of '76/'79 punk, Jimi Hendrix, Pink Floyd, Gong, The Mob and Zounds(not to mention their L.S.D. consumption which influenced their early lyrics). They played their first official gig in Shepton Mallet, Somerset, during September of 1983. 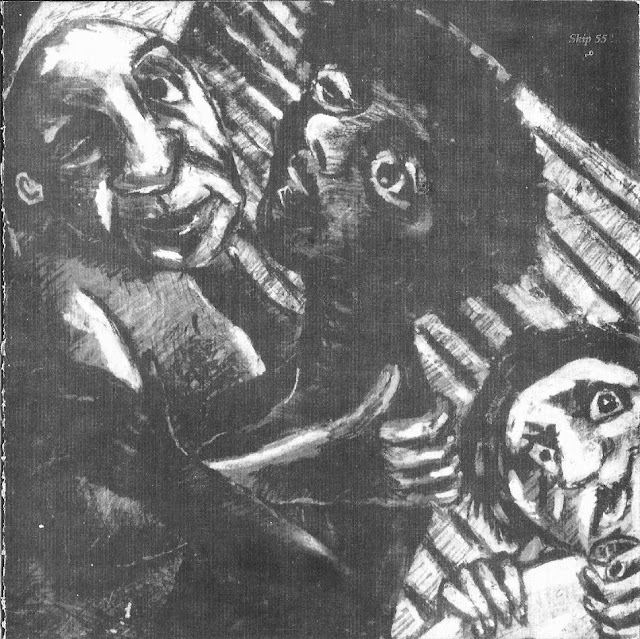 During April of 1984, they recorded their first demo, and followed by recording another batch of songs at Brixton's Cold Storage studio that were held in hopes of being released on record. They managed to get a hold of Rob Challice from Faction who at the time had had All the Madmen passed down to him, and he agreed to release it without a contract or anything which made it easy for the band. The result was 'The Moondance' E.P. which was released in 1986. The band enjoyed the cover, but sort of disliked the music for being too flat. 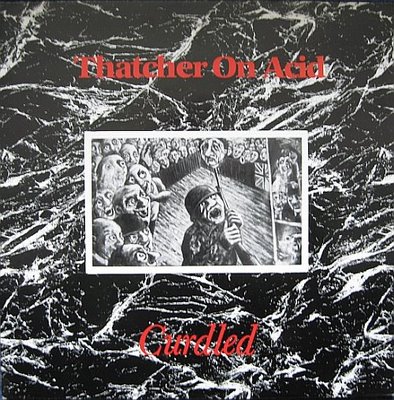 In 1987, Thatcher on Acid returned to the same studio to which had been upgraded to a 24-track by then to record their debut album titled 'Curdled' that same year, once again on All the Madmen. However, their drummer Martin left soon after and was replaced by Andi Tuck. Fortunately, the band managed to open the 'Gathering of the 5000' show at Brixton Academy with Conflict before it got released, which greatly boosted their profile. The band managed to get the big through Rob Challice who had connections with Colin Jerwood from Conflict. 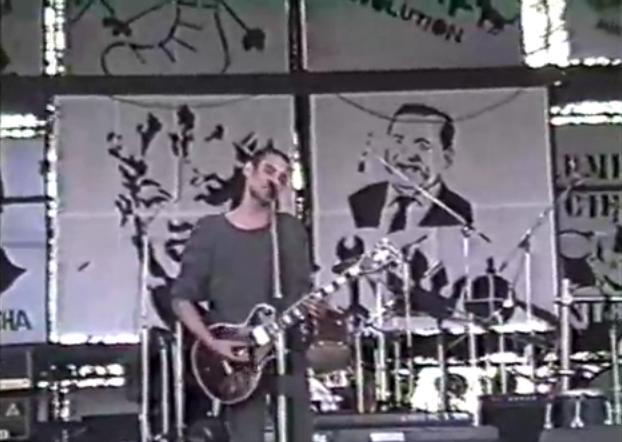 In 1988, Thatcher on Acid released their live 'Garlic' album on Rugger Bugger. The band then packed up and played several European tours to promote it. It is noted that the band was a big fan of football, and played several games with many other anarchist punk bands. If you read their booklets, you'll notice their end game scores where they managed to beat other bands such as Political Asylum and Chumbawamba. 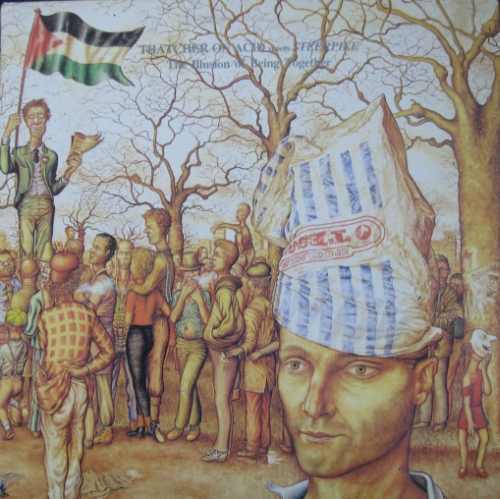 Their next album is called 'The Illusion of Being Together' and was released in 1990 on Ian Armstrong's Meantime Records. By that time, their bassist Matt was briefly replaced by their old drummer Martin. It was recorded at the Yeovil Icehouse, and questioned the hypocrites that were ruining their current punk scene. The album was actually one long song that was cut into three parts. Most of the music was even improvised on the spot. 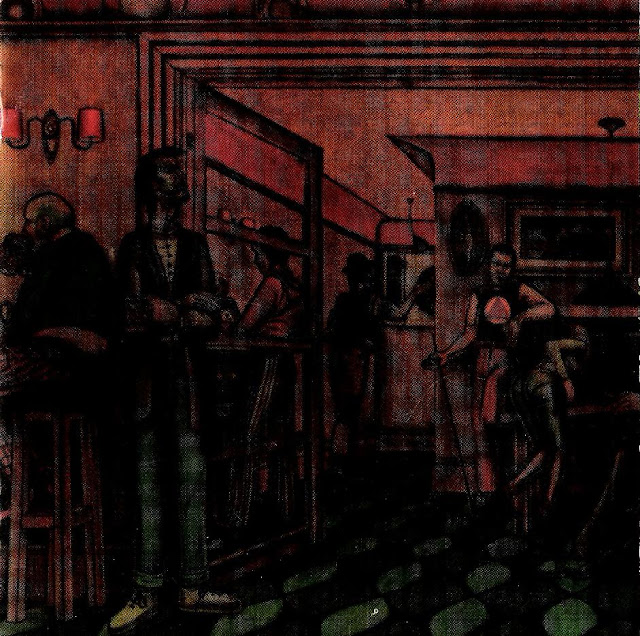 In 1991, Matt decided to rejoin the band, and connections with Chumbawamba led to the release of their next album titled 'Frank'. It was appeared in 1991, and was released on Chumbawamba's own Agit Prop label. The band wasn't fully satisfied with the album, but continued by touring internationally, including in the U.S.A. The band never really sold that many of their records, but they weren't interested in becoming popular popstars. 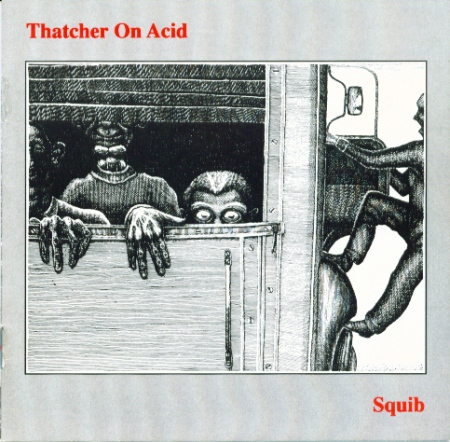 In 1992, Thatcher on Acid released their 'Squib' album which was a split between them and another band named Wat Tyler, and released it on John Yate's Allied Recordings. A little known fact about it is that it featured Steve Ignorant from Crass on lead vocals in the song 'Our Gods are Falling Down'(featured in the Overground compilations). Unfortunately, their bassist Matt had to leave the band to become a full-time doctor, and was replaced by Bob Butler from Yeovil. They decided to finish the bands course by playing their last tour from Scandinavia to Germany in September of that same year.

The band split afterwards to form Schwartzeneggar in 1993 with Steve Ignorant from Crass on vocals until they stopped in 1995. Since then, Thatcher on Acid has only reunited once, but only to play two reunion gigs in 1998 to help raise money for the Mclibel campaign. Guitarist/vocalist Ben now plays in a band called Hard Skin and also works as a tour manager for several bands such as The Kills, Black Keys, and 5678s. Bassist Matt still works as a doctor in Somerset, drummer Andi now works as an electrician and original drummer Martin teaches ceramics at Brixton College. 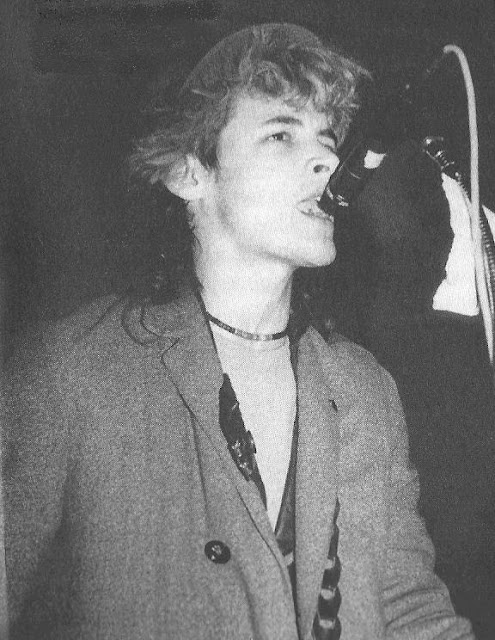 
T.V. or not T.V.
Narrow strip of gray
fixed forward
on the landscape.
No picture there.
Thinking is diminished.
We don't need this.
Lack of eye movement.
What is growing here?
Wheels not feet.
No definition.
Overall body inertness.
Idle, we don't need this.
It's a stranger's daydream.
Sleep teaching.
Are they happening now?
Seeing is believing.
Alpha, beta cathode fix.
Pull the plug, cold turkey.
We don't need this.
Where do you sit?

We look for excitement to get through the day.
There's 24 hours to escape or to play.
You can use up your tissues or confront all your masters
who put you in this situation
in the first place.


Start the day, What's the time?
Can't wait for it to end.
I'll grab some lunch, six hours to go.
I want to get home, I'll check my watch.
Watch the second hand move slowly round.
Repeat myself, repeat yourself, repeat ourselves.
We're whiling our time away 6 o'clock relax at home.
"Now let them feel your fist. They themselves ask for this."


Consumer species.
They train us.
"And I regard these people almost with worship as a captive may
regard those that promise him freedom."


It's sunny this morning,
I stretch out my arms
and I watch the white clouds
floating by.
And the grass is so green
and the air is so clear,
I feel like I never will die.
But, there's dumps in the sea
and they make my eyes sore.
Dead fish in the river float by.
And the sky in this town
is so hazy and gray
that I'm starting to see that this is why
the earth is dying.


"Our Gods are Falling Down"


Parliament's a brothel,
the heart of the sweaty city
pumping all that clotted blood through those hopeless limbs.
People frantic and love struck guardedly sleaze the open corridors littered with cast-off contraception.
For a moment,
just a moment their sticky impotence finding comfort in a homely lonely cinema
half full of the smoke of a death wish culture.
Death hovers over all and the buildings crumble. Slowly crippled broken windows, falling spikes.
Our Gods are falling down.
Look at my works ye mighty and despair.
The greatest happiness for the greatest wallet.
Encouraging growth of the greatest girth.
Grass dies, time flies and we 'progress'.
Desert the old,
they cannot please,
they have no use.
Nora had a family, then she had a stroke.
Now she's very lucky if she recognizes folk.
We laugh, we lock them up.
We laugh we knock-them down
like the freak at the zoo.
He screams and rolls his eyes, we throw him nuts.
Who's crazy now?
We expect to gain perspective by looking through kaleidoscopes colorful but, fake.
staking all on others and waiting for the change.
There are many ways of living
and some have lived in vain.
Cars and trains slither down the ice.
Down the tube to the empty platform
seeing all the town and none of it.
Blindly we watch the people dreams as the whore bravely models her scars on T.V. transfixed to the screen.
We the clientele slouch at home
gloating over favorites.
Paying for the privilege,
this is the scene,
this is the market.
Where is the pimp that started it all?